Home / News / The changing state of the nation

The changing state of the nation 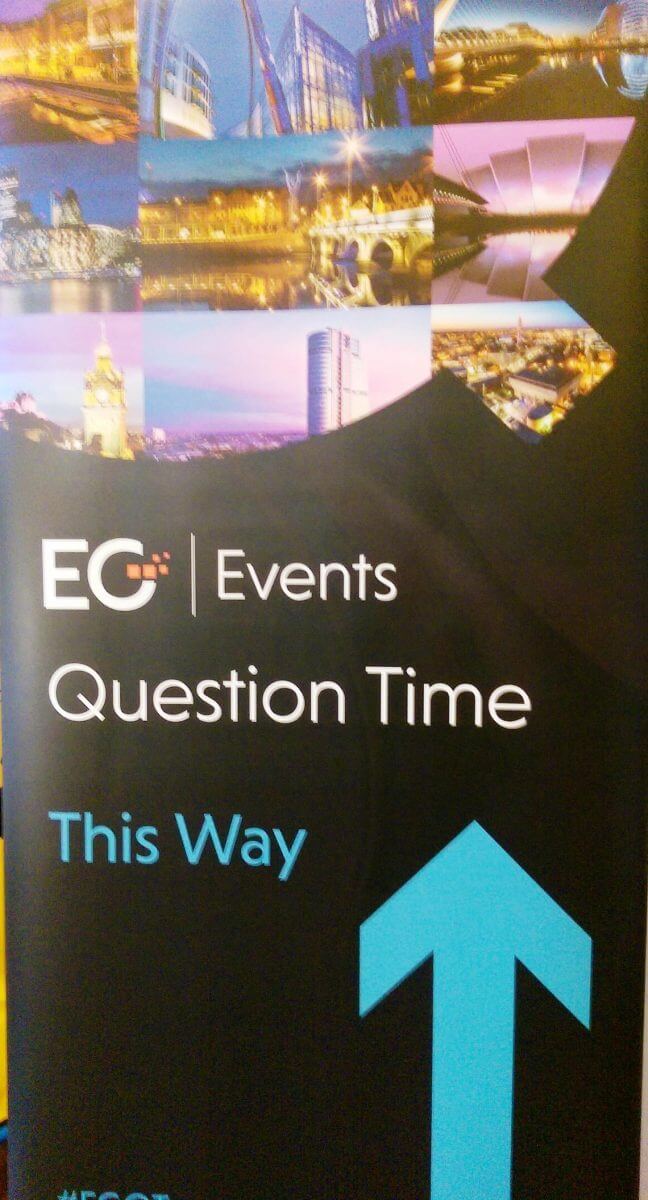 Affairs of state occupied the minds of property people at Cambridge’s Guidhall when it played host to one of Estates Gazette’s calendar events in the city. Ben Green, of Barker Storey Matthews’ agency office in the university city, was one of them.

The changing state of the nation

When a ‘save the date’ communication from Estates Gazette about its annual Cambridge Question Time debate buzzed our inboxes at the end of the summer, we were to be ‘BREXITing’ on the very date of the event. As it turned out, by the time we all met on 31 October, we were still in the European Union and had been advised a only few days before that we were, instead, to be facing a General Election on 12 December.

Uncertainty and weariness have, undoubtedly, characterised the national debate about big issues this year (2019). A similar pall was set to be cast over much of the Cambridge Question Time discussion, with the exception of some much-needed refreshing input from less world weary panel members.

It can feel as if we property professionals in Cambridge have been discussing and trying to find a way through, round or over the need for better infrastructure in the city and its surrounding sphere of influence since forever. It’s a clarion call and one round which all those with development and property interests here can rally.

So how interesting it was to hear then, during the debate, acknowledgment and unchallenged acceptance that any future central government administration – of any hue – will have to invest in the country’s infrastructure and that Cambridge is in a prime position to make its case for some of that investment cash.

Panellist Dr Graham Gudgin, Chief Economic Adviser to the influential think tank, Policy Exchange, pointed to the fact that such historically low interest rates would enable the government to borrow to fund this.

Coincidentally, a few hours later – and only a mile or two up the road from the Guildhall – the Prime Minister was visiting Cambridge’s Addenbrooke’s Hospital and giving media interviews in which the concept of central ‘seed funding’ for infrastructure improvements was very much the buzz phrase and, in all likelihood, will remain so in the coming weeks of the General Election campaign.

The frustrations of, and with, the planning system don’t seem to go away and property folk here are known for being self-confessed ‘doomsters and gloomsters’ about its effect on maximising Cambridge’s growth potential. We unite around the lament that Cambridge has grown despite of the planning system not because of it. And we can’t see any meaningful loosening of the Green Belt around the city. That was reinforced at the Guildhall event.

Concerns were also aired and shared about the present and future pipelines of recruitment for, in particular, service sector jobs in the city – given the inadequate supply of ‘affordable’ housing and public transport availability and accessibility.

These three areas of discussion are big policy concerns and are not exclusive to Cambridge but are felt acutely by those conducting business here. Those of us here try, literally, to navigate our way through a small, mediaeval city centre of excellence that needs to continue to keep attracting the world’s best brains, blue chips and investors.

In many ways, this Question Time event could have been in danger of becoming just the usual, annual, autumnal venting of the same hoary chestnuts. Those moans repeated so often by us that we even bore ourselves.

However, panellist Harri John, co-founder of CREation Property Network was a welcome breath of fresh air. In reporting what are some of the chief concerns of her network of a young generation of property talent, she reminded the room of what should be the major concern: climate change.

This new generation of professional property talent sees and experiences things differently. It has grown up with global connectivity and is empowered by it. It is urging its property employers and the wider industry to think differently and begin by tackling the smaller things and making changes that we can control in the workplace. We can begin with ditching the plastic coffee cups and thinking twice about travelling to meetings.

It’s all about a new mindset. There’s no uncertainty: change is coming.

For more information about the property market in and around Cambridge, contact Ben Green, 01223 467155, [email protected]