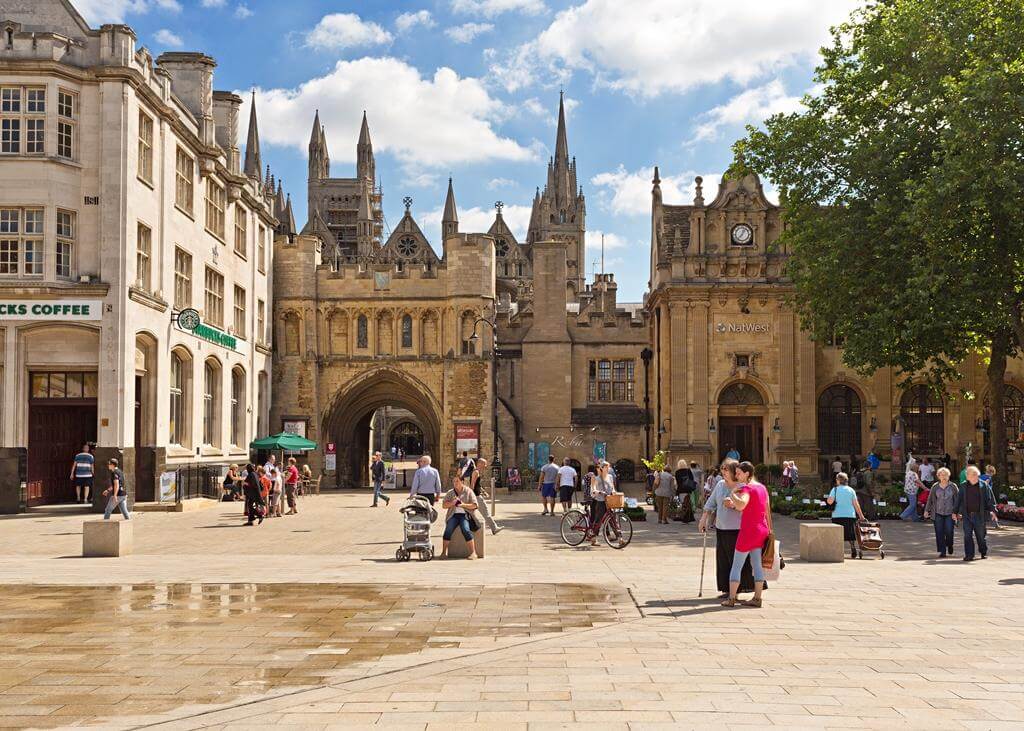 There has been much press coverage of late about the poor state of the Nation’s High Streets. If we believe all that we read, City Centres are becoming a desolate wasteland with, in some cases, up to 27% of shops sitting vacant and average national vacancy rates sitting at 14.1% as at September 2013 (source: Local Data Company).

And recently there has been local press coverage following the impending closure of one particular retailer in the City Centre, an operator who has traded in Peterborough for 19 years but has now taken the difficult decision to pull down the shutters for the final time. And that is of course a very difficult decision for anyone to take, and it will be sad to see them close. But does that mean that Peterborough is as bad as it is made out to be? Much derision has been levelled at the City Council for spending considerable amounts of money on the street scene in the City – some say ‘improvements’, others say ‘waste’. But would we be in the same position as some other towns and Cities, with 27% of our shops vacant if we had not invested?

Others say that the shopping in Peterborough is dominated by the major national chains, with not enough indepedent presence. Unreasonable landlords demanding excessive rents and business rates at unaffordable levels are both blamed for lack of ‘indie’ retailers. But is that true?

Research undertaken this week by Barker Storey Matthews now part of Eddisons paints a different picture. There are 457 separate retail outlets in the City Centre. Not a small number by any means. Of these, 42 units are currently vacant, however 7 of these are under offer with retailers due to open in the near future, reducing the vacant stock even further. 42 vacant units represents just 9.2% of the total stock – some considerable way below the national average, and a world away from the worst performing retail centres. To compare with our noisy neighbour, Cambridge had a vacancy rate of just 7%, and according to the research undertaken in 2013 by Local Data Company this was the lowest in the UK.

Out of the 457 units, 184 are occupied by local independent operators. That is a whopping 40.3% of the total stock, and 44.2% of the total occupied stock. Not enough independents? Admittedly the prime central core – the Queensgate Centre – is dominated by national operators, but that is the same in every town and City across the country. Local independents, who have smaller pockets, have to take more peripheral shops in the vast majority of retail areas and Peterborough is no exception, but opportunities exist and there is provision for this type of occupier.

What cannot be denied is that independent retailers in particular need footfall to survive. Failure to invest in our City Centre would only serve to make the shopping environment less atrractive than competing centres, and would drive consumers elsewhere. No, we are not Cambridge with its gleaming spires and high income catchment so yes, we will find it more difficult to attract high class brands to the City. But that doesn’t mean we should give up, stop investing and accept the status quo. Very much the opposite – we need to invest, attract the right occupiers and keep footfall within Peterborough rather than letting it slip away to neighbouring centres.

The facts are plain to see. We have a lower than national average vacancy rate and a healthy level of independent retailers. That is something to be welcomed, we need to focus on the positives and work hard to continue to attract quality operators both independent and national to the City.

Julian Welch is a Director of BSM, and a retail property specialist. With over 20 years experience in the commercial property market, Julian was formerly National Head of Retail at Lambert Smith Hampton. He continues to act for national, regional and local occupiers and landlords locally and across the UK.