Putting the Cam in Cambourne 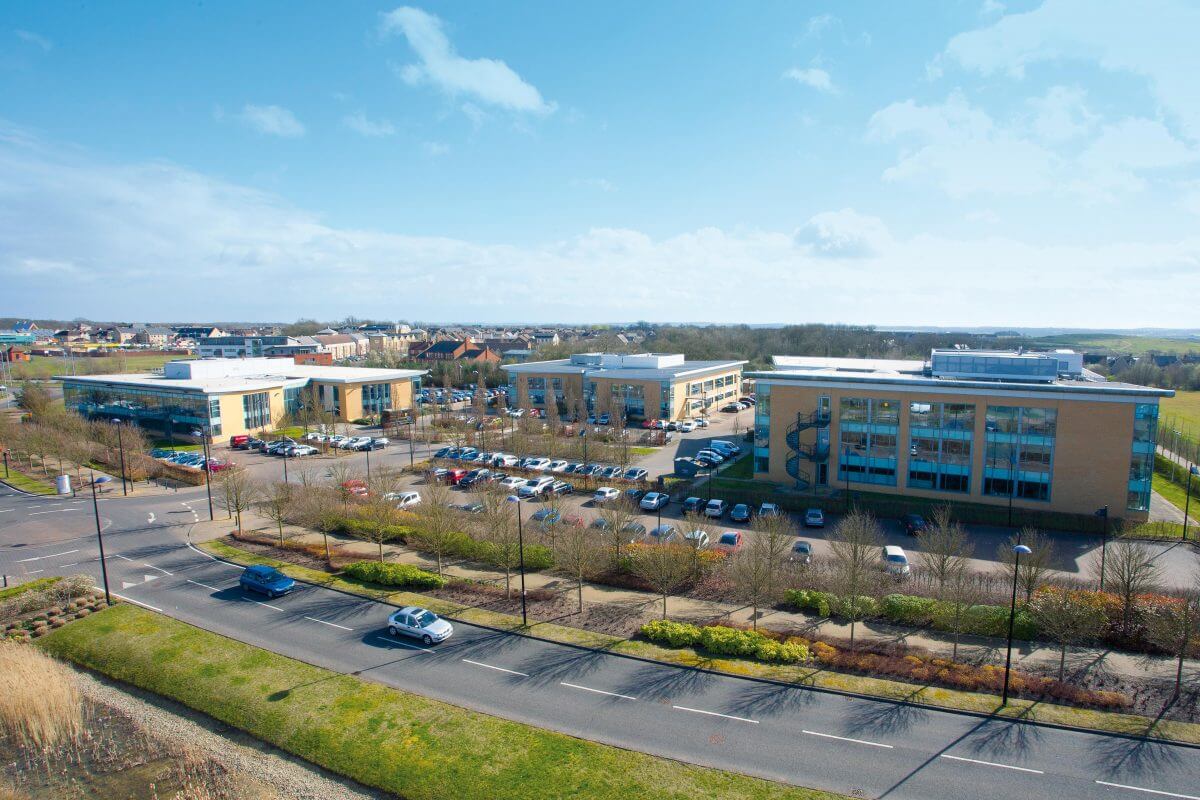 Putting the Cam in Cambourne

In Cambridge business circles, if you hear a reference to Cambourne in South Cambridgeshire as ‘a new settlement’ then whoever is saying it has been here a very long time. It is to be hoped this person is not a commercial property agent.

Cambourne’s first homes were built almost twenty years ago (1998). With the new town Northstowe rising from the ground, plans taking shape for equivalent development at the disused Waterbeach Barracks on the A10 en route to Ely and land assembly centred on discussions about a swathe of residential-led development at Bourn Airfield in the other direction, Cambourne can lay claim to its new settlement crown no longer. It is a mature location in which to live and do business.

The first commercial occupiers at Cambourne Business Park had moved in by 2001/2002. Now it’s home to Monsanto, Biochrom, Regus, Global Graphics and Premier Travel, amongst others, as well as the headquarters of South Cambridgeshire District Council.

Rents at Cambourne Business Park haven’t moved much since the first buildings were constructed at the turn of the century. At that time they were around £19-£20 psf and were pitched at a similar level five years ago. Since then – with a dearth of Grade A accommodation in the traditional commercial districts in Cambridge – rents have only increased by circa 15 per cent to £22.50 psf.

A headquarters style office building – Building 1030 – of 43,332 sq ft has just been launched at Cambourne Business Park at this price, for further details click here. In contrast, to do business in new offices on Cambridge Science Park it’s £30 psf plus and at the Vision Park in Histon village it’s over £25 psf.

As well as affordability, occupiers are looking for accessibility too. Traffic congestion in Cambridge city centre and across the northern fringe, where there is a concentration of business and research parks, is an occupier’s lament. While not lamented as much as Cambridge area house prices as a factor in recruitment, traffic and parking do figure when it comes to where to base a business in Cambridge.

Some relief will come in the shape of the new Cambridge North Station where trains will begin to run in a couple of months time and transport elements of the Greater Cambridge City Deals ‘smart city’ solutions give an innovative tech-led approach to city centre traffic flows.

However, the local City Deal is also championing proposals for a guided bus or light rail link between Cambridge and Cambourne with complementary Park and Ride sites at two key points en route, as well as promoting the possibility of a dedicated on-road bus route too. Work is already underway to upgrade the A428 which runs by Cambourne’s door to make it dualled all the way to the A1.

The tentacles of the University-led North West Cambridge development are stretching the physical and psychological boundaries of Cambridge in the direction of Cambourne too. It is creating a whole new district on that side of the city on a 150 hectare site between the M11, the Huntingdon Road and Madingley Road.

Cambridge is a growing city and it has a mobile population in the demographic sense. Even us more mature Cantabrigians don’t expect to get to work in 20 minutes like we did 20 years ago. Through transport improvements and commercial and residential development, we can choose to think of it as expanding the city or bringing the north west villages of South Cambridgeshire closer.

Either way, there’s more of a sense of Cambridge in Cambourne than there has ever been.