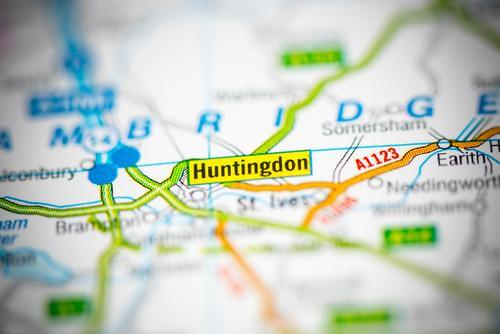 Since the recession hit in early 2008, Huntingdon town centre has suffered more than its close neighbours of St Ives and St Neots with regards to the loss of shops and businesses. The loss of a number of main high street names including Woolworths, Next and M&S Simply Food has undoubtedly impacted commercial property in Huntingdon. However, in the last year or so there has been reasonable uptake of retail units in Huntingdon town centre. The former Next unit on High Street has recently been let to Pandora, and the Brampton Pie Company has relocated from Chequers Court to a retail unit adjacent to Waitrose within St Benedict’s Court.

The decision of Sainsbury’s to remain in their current store rather than relocate outside the ring road may be taken by some as a positive story following concerns that their relocation would result in a loss of footfall within the immediate town centre. With Sainsbury’s remaining in occupation at their existing store, the new Chequers Walk development directly opposite is now taking shape and is well under construction. This new development of retail units in Huntingdon will see the return of Next and Marks & Spencer, who have both been confirmed as anchor tenants for the new development, with a number of further retail units awaiting tenants.

Whilst prime retail units are currently scarce, there are a number of smaller secondary shop units and commercial property in Huntingdon available within the town centre. Any retail enquiries are welcome to Barker Storey Matthews’  now part of Eddisons Huntingdon Office on 01480 451578.