Peterborough based AK Retail Holdings Limited has extended its operations in Peterborough this month with the purchase of Orton 130 in Bakewell Road Orton Southgate.

“This latest purchase represents significant investment in the city, allowing for further expansion to meet the growing needs of the business. We now have a combined footprint of over 250,000 square feet in Peterborough and warehouse distribution alone now employs over 350 people. The group is proud to call Peterborough its home and we look forward to developing further within the city”

“We are pleased to have advised our clients in this latest property deal which is great news for Peterborough. Our client’s intention is now to expand the facility further and we will be in discussion with Peterborough City Council shortly” 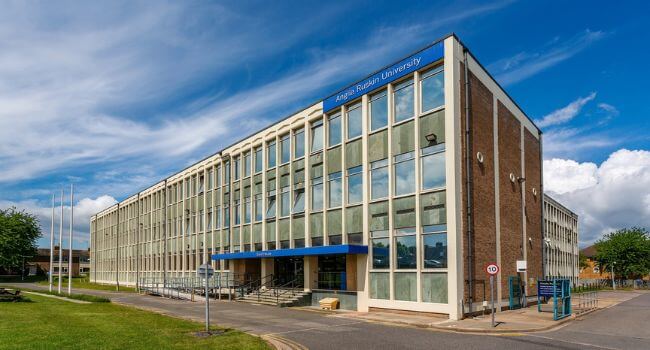 Acting on behalf of Anglia Ruskin University (ARU), the Peterborough office of Eddisons have today launched the marketing of a freehold landmark building on the fringe of Peterborough City Centre.

Guild House on Oundle Road currently houses ARU’s Faculty of Health, Education, Medicine and Social Care which is moving into the new Peterborough University Campus, with the first intake of new students arriving at that facility in September2022.

Guild House is an extensive former office building extending to over 60,000 sq ft on a site of 3.69 Acres. Located in a prominent position fronting Oundle Road, it is in close proximity to the City Centre with easy access to the central shopping and leisure areas, mainline railway station and central bus and coach stations.

Julian Welch, Director at Eddisons who is leading the disposal on behalf of ARU commented ‘Guild House represents a superb opportunity to acquire a landmark building on a large site in a prominent edge of City centre location. Whilst currently used by ARU as an education facility, the property also lends itself to a wide range of alternative uses including as offices, as a hotel, for medical purposes and indeed for conversion to residential.’

He added ‘the property sits on a large site with a number of areas that have potential for further development, subject to planning consents being obtained. Buildings of this nature do not come to the market very often in Peterborough and we are sure that there will be strong demand from prospective purchasers looking to invest in one of the fast growing Cities in the UK’. 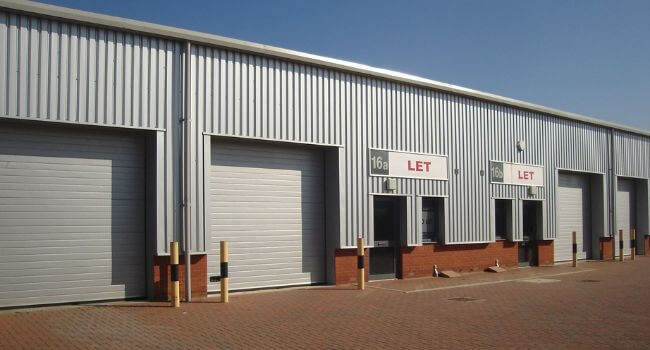 The property comprises 1,300 sq ft of modern industrial accommodation and benefits from office, kitchen and WC facilities, as well as onsite parking,

Steven Mudd, Surveyor at Eddisons dealing with the instruction, comments: “We are delighted to complete the letting of this light industrial unit in the town’s premier business district. The availability of small/light industrial space remains scarce, and we are continuously seeking further instructions of this type to satisfy the increasing demand.” 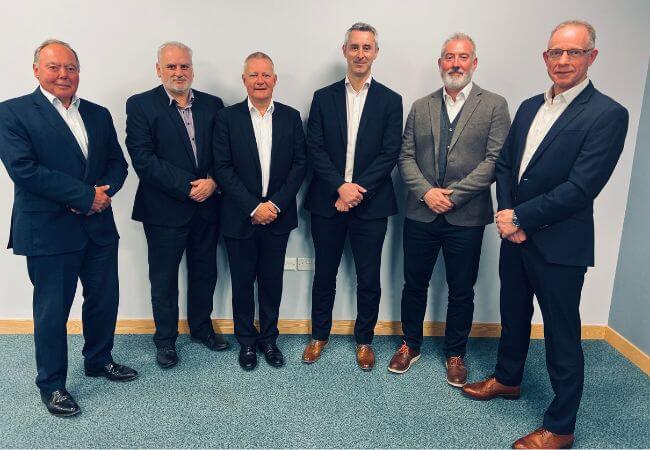 Budworth Hardcastle will integrate its team with Leeds-headquartered Eddisons, which has a network of 25 UK offices. The Midlands firm was established in the 1990s and has a strong reputation as a full-service agency with in-depth regional market knowledge.

The acquisition builds on Eddisons existing strength in the Eastern region where it has offices in Cambridge, Huntingdon, Bury St Edmunds and Peterborough. The combined team will be led by
Eddisons director Steve Hawkins and provide a full range of property services.

Eddisons managing director Anthony Spencer said: “I am very pleased to welcome the Budworth Hardcastle team to Eddisons, which extends our footprint in Eastern England. They are a highly experienced team with a proven track record in delivering high quality professional advice. We continue to seek further opportunities for expansion across the UK.”

The addition of Budworth Hardcastle to Eddisons’ operation follows the firm’s acquisition of South Coast-based firm Daniells Harrisons earlier this year and East of England commercial property agency Barker Storey Mathews in 2019. Eddisons now employs over 360 people and is one of the UK’s fastest growing property consultancies.

Budworth Hardcastle director Mark Budworth said: “We have built up an unrivalled presence in the region through the passion of our talented team of people. We are excited to be joining Eddisons, and realising the opportunities that this deal presents.” 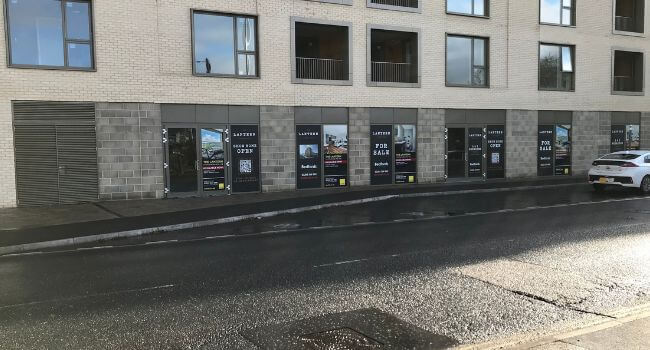 Acting on behalf of the developer, the Bury St Edmunds office of Eddisons has completed the sale of a newly constructed retail unit on Tayfen Road.

The Lantern in Bury St Edmunds has been sold to a convenience store operator for £580,000 on 999 year long leasehold at a peppercorn rent.

The property provides a ground floor space of 3,061 sq ft with lengthy frontage onto Tayfen Road and is well located in a major redevelopment area close to the rail station and the historical centre of Bury St Edmunds.

For more information on retail units to let in Bury St Edmunds, contact Steven Mudd at Eddisons on 01284 715003 or [email protected]

Eddisons has completed the sale of The Rosery Country House Hotel and Restaurant located in Newmarket to a private buyer.

The 16 bedroom hotel, set in a converted Victorian manor, dates back to 1800’s and has been restored over the years whilst retaining much of its historical character. The accommodation comprises a principal building together with a separate coach house and garden rooms. The property also features an array of dining and function rooms, a commercial kitchen and extensive mature gardens.

Situated in the village of Exning, the hotel is less than two miles from Newmarket, known for its international reputation as the headquarters of British horseracing and breeding. The location also offers great links throughout Suffolk and Cambridgeshire.

Ben Green, Director at Eddisons, commented: “We are delighted to have completed the sale of The Rosery Country House Hotel and Restaurant following good interest for this well located property”.

For more information on properties for sale in Newmarket, contact Ben Green at Eddisons on 01223 448791 or [email protected] 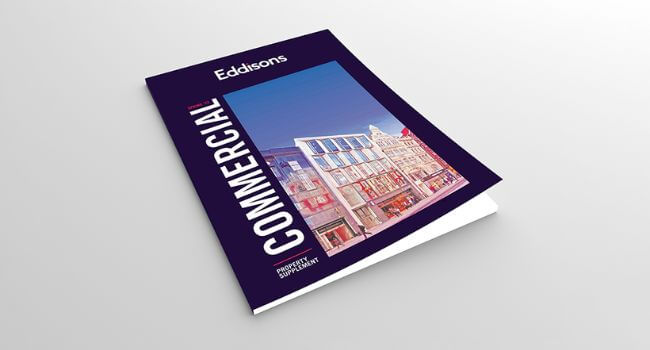 Eddisons has published the latest edition of its commercial property supplement.

The Spring/Summer 2022 issue is the fifteenth edition in the series.

The supplement contains detail market commentary on the four core market locations in the Eastern region – Bury St Edmunds, Cambridge, Huntingdon and Peterborough – as well as showcasing a selection of recent and current agency instructions in each location.

This latest edition also profiles the expertise of the firm’s professional services teams in the region in which sit experienced professionals across a range of property disciplines including planning & development, property management and building surveying.

The commercial property supplement is mailed to circa 10,000 businesses and occupiers and investors with interests in the Eastern region.

The latest 2022 edition can be downloaded from the website here.

To request a hard copy, please contact any of the offices Bury St Edmunds, Cambridge, Huntingdon or Peterborough. 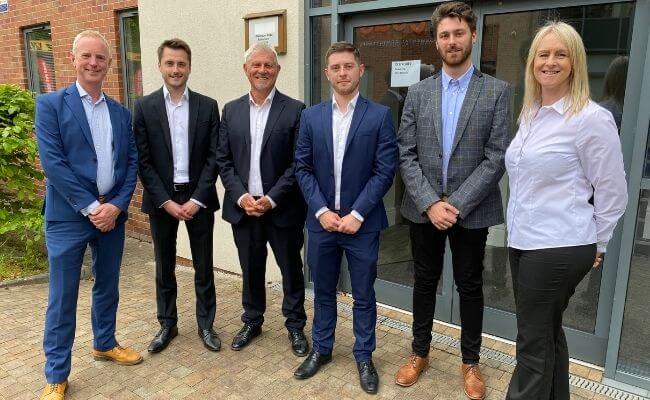 Eddisons has appointed newly promoted associate director Curtis Bowles to head the new Sheffield building and project consultancy team at its South Yorkshire office, which was launched in the city in October last year.

Joining Eddisons in 2016 as a building surveyor, Curtis was promoted to associate director at the Leeds-headquartered firm this year and will now head a four-strong team of building and project consultancy colleagues who will make the move to Sheffield with him from Eddisons’ Leeds office.

He will be joined by surveyors Jack Cooper and James Hunston, as well as a soon-to-be-appointed year-out placement surveyor. Jack has been with Eddisons for seven years, initially starting as a placement student. Also joining is Caitlin Belshaw, an undergraduate building surveying student on her placement year in industry from Sheffield Hallam University.

Ian Harrington, who heads Eddisons’ growing building and project consultancy team nationally, said: “We’re really pleased to have such a talented and capable young team led by Curtis heading up our building and project consultancy operation in South Yorkshire. Eddisons are fully invested in recruiting and nurturing young people and enabling them to progress upwards within the business. It’s fantastic to see such talented people thrive and rise to new challenges.”

He added: “The Sheffield office is seeing an increase in business across the board, with particularly strong growth in the education sector in South Yorkshire and the Midlands. The important work we are doing with schools and colleges is helping them generate winning bids to secure Government funding for much-needed physical improvements to grounds and buildings.

Eddisons’ Sheffield office is headed by Adrian Lunn and has grown to become a team of 17 since its launch last autumn. 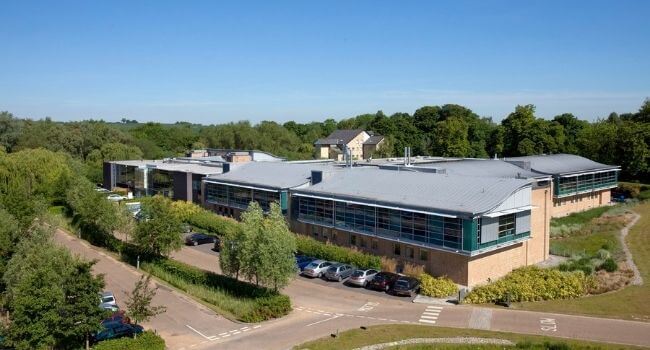 Acting on behalf of The Science Group, Eddisons has completed the letting of an office unit at Harston Mill to premium business software provider, Formpipe.

Harston Mill is conveniently situated just 5 miles from Cambridge, 2 miles from the M11 and 1 mile from Foxton train station. The River Cam flows through the site with nature walks and seating areas providing a superb working environment. Tenants benefit from the use of state of the art meeting and conference facilities and there is ample parking.

Mike Rogers, Commercial Director at Formpipe, comments: “Here at Formpipe we’re very excited to be making this beautiful space in Harston our new home! As a collaborative and people-centric organisation, we knew this location was perfect in offering us the open-plan layout we were looking for, as well as the space needed for our growing team. The agent Ben Green from Eddisons has been fantastic throughout and we can’t thank them enough for all of their help in making this move possible.”

Remaining availability at Harston Mill include offices suites of 1,700 sq ft and 3,146 sq ft and a laboratory suite of 2,047 sq ft.

For information on the remaining units, contact Ben Green at Eddisons on 01223 448791 or [email protected] 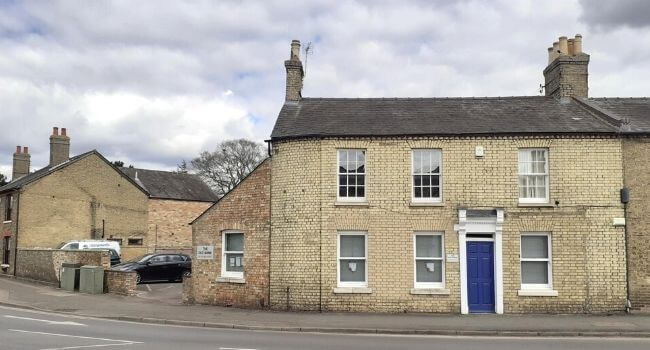 Eddisons acting with joint agents Carter Jonas, has completed the sale of a mixed-use property in Cottenham at above asking price.

With an extensive parking area and development potential, the premises were marketed for sale with a guide price of £420,000.

Ben Green, Director at Eddisons, commented, “We are delighted to have completed the sale of this mixed use property to a private company. The property offered an attractive investment
opportunity which resulted in a good level of interest and a price being agreed £20k above the asking price.”

For more information on commercial property investment opportunities in Cambridgeshire, contact Ben Green at the local office of Eddisons on 01223 448791 or [email protected]