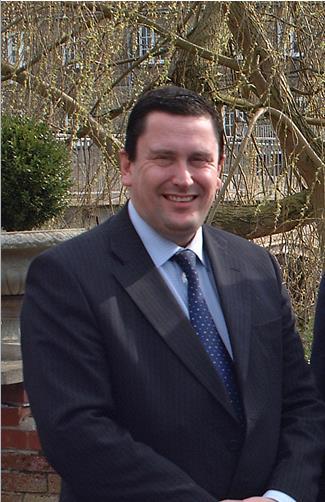 A metro-mayor and devolved responsibilities with spending powers sound positive and promising but quick delivery will be the measure of success.

The new Cambridgeshire and Peterborough Combined Authority (CPCA) came in to formal existence last month when it entered the statute books and hustings are well underway ahead of the election of its first mayor next month (04 May).

The new combined authority does not replace the seven local authorities within its borders but it is part of central government’s drive to devolve responsibilities and spending powers to key growth regions across England. Contained within just one county boundary – in which Peterborough sits as a unitary authority – the CPCA can’t lay claim to being the eastern region’s equivalent to the Northern Power House but there’s no doubting the influence of Cambridgeshire regionally, nationally and internationally when it comes to the business, commercial and trade profiles and reputation of the UK.

Three of our four offices – Cambridge, Huntingdon and Peterborough – are located on the spine of the new combined authority’s area. As commercial property agents in the area, we couldn’t be better placed – or better briefed – about what occupiers, landlords or, in fact, anybody with business property interests are looking for from the Combined Authority and its metro-mayor in the first four years of office.

It would be all too easy for the new mayor to centre the authority’s focus on Cambridge and ignore the Peterborough end of the remit. Each location should be viewed as a distinct commercial centre with its own strengths, with each complemented by the slice of the county in the Huntingdon/St Neots corridor.

Economic think-tank The Centre for Cities has identified both Peterborough and Cambridge as members of its UK fast growth cities grouping in recent years, with Peterborough singled out as a ‘fast city’ for jobs growth.

With fast growth, comes the problem of housing and this is something much-lamented across the whole of the combined authority’s area. It is certainly of concern when it comes to employee recruitment.

A ring-fenced fund of £70 million over five years has been set aside for the new authority to address housing needs in Cambridge as well as it having strategic planning powers and budgetary control of a wider housing and infrastructure fund of £100 million.

Alongside housing on the mayoral hustings, transport figures highly. The new authority has a devolved transport budget and will be accountable for managing key roads across the patch. Again, transport is an authority area-wide issue and of particular interest to those in commercial property whether as occupiers, developers or investors.

Cambridge city congestion is a hot topic. Any mayor who can reconcile the interests of public transport, the bicycle, the private car and commercial vehicles is guaranteed a second term in office, surely?

But transport is not just about city congestion -whether it be Cambridge or Peterborough or Ely – because Cambridgeshire has three cities after all.

Logistics and distribution are commercial sectors served by the Peterborough and the Huntingdon areas. All will welcome any fast-tracking by the combined authority of any new or planned road improvements and upgrades, particularly to the A47, A605, the A428 and the A14. Travel time to Felixstowe is crucial to businesses in this sector and the importance of the eastern ports and docks – particularly post-Brexit settlement – cannot be overstated.

Broadly speaking, those with commercial property interests in the Peterborough and wider Cambridgeshire area are positive about the CPCA and its devolved responsibilities and budgets. Much like the successful Local Enterprise Partnerships (LEPs), the new authority is a conduit not only to represent regional interests to central government but also to unlock key funds in Whitehall departments.

In combination, Cambridgeshire and Peterborough give a rounded economic offering. It’s important that the new authority and its mayor represent all constituent parts and not fixate on the shiniest jewel in the crown.

This high growth part of the country can only benefit from a locally based and locally accountable economic development authority. However, the devil will be in the delivery. The next metro mayoral elections are scheduled for 2021.

Eddisons shares highlights of 2021 and predictions for 2022